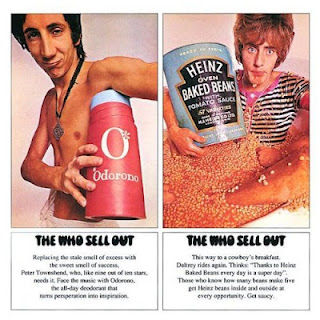 I think the biggest reason I feel kind of let down by this album is because I assumed every Who song sounded like "My Generation" and "Baba O'Reilly." I don't get that feeling from any of the songs on this Who record though, unfortunately. Sorry dad!
Posted by Scott at 8:57 PM