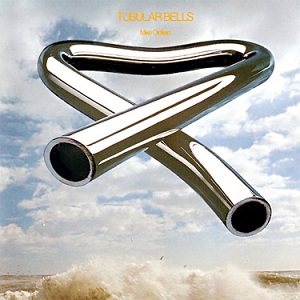 I have to admit to being surprised to see this on our list of classic albums. Yes, the title song was a big hit after being used as the theme for The Exorcist, but if every album that spawned a big hit made our list, we'd be reviewing a lot more albums.

When I read that the album stayed on the British charts for a whopping 279 weeks, all became clear. We are, after all, working from a British list. It was not as popular in the U.S., although it did go gold, largely because the unauthorized single edit reached number 7 on the Billboard charts.

So, here I am, listening to an album that I've always considered kind of a novelty record without ever listening to the whole thing, and I realize I haven't given it enough credit. As a pioneering mix of Progressive and New Age music, it has, indeed, been influential. And it's an interesting listen, moving from the music that seems creepy because I associate it with the Exorcist, through some edgy guitar bits, pleasant soft sections, instrumental demonstrations, freaky bits, and so on, the album is kind of all over the map. Some sections are a complete surprise, like the final section of "Tubular Bells (Part Two)," which is like nothing before it on the record.

In short, the album is more enjoyable that I expected.

At times it teeters on the brink of boredom or the threshold of tedium, but then it changes in time (usually) to keep from falling over the edge. At other times, it is cool, mesmerizing, and even exciting.

Although, to a Yank, it hardly seems to qualify in the same class as other albums on our list, I have to give this one credit. Anyone who was paying attention in '73 will recognize the main theme of this suite, and it continues to be used today. More importantly, the record is creative and inventive. This might not become part of my regular rotation, but I do feel better educated than I was before I spun it. It's a more substantial record than I believed going in.

Typically, I find myself dreading going into albums with 20+ minute long songs. It's always hard for me to push play. But once I finally gain the courage to begin, I usually know after a few minutes if I was being silly or not. Tubular Bells is 2 instrumental tracks that are each over 20 minutes long. I've been putting off reviewing it because of that. I needed to be in the right mood. Today, I was in that mood, and after about 5 minutes I knew that it was going to be okay.

The tracks are always changing which makes this pretty easy to sit through. There's moments of classical, new age, metal, and typical 70s rock all sprinkled through these 49 minutes. It keeps it interesting and everything flows brilliantly, even when it goes from soft and quiet parts to metal guitar solos and back again. It almost feels like it's a bunch of song ideas that are all just glued seamlessly together.

I'm not really sure why this album is on the list. Would it still be on the list if it wasn't for The Exorcist? Who knows...
Posted by Scott at 6:19 AM No comments: 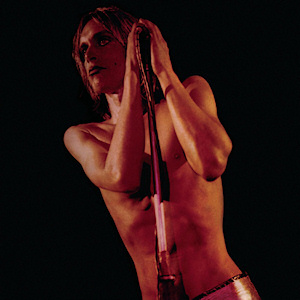 The album is definitely raw and powerful like the title describes. It sounds dated, but that doesn't take away from the overall fun of it. It doesn't take itself too seriously so why should we? But if you're not cranking the volume up while you're listening to it, you're doing it all wrong.
Posted by Scott at 11:06 AM No comments: