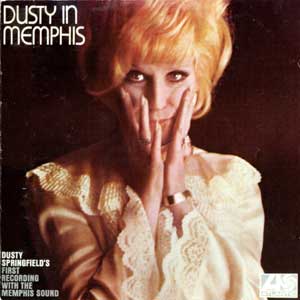 Especially for the time, I can totally see why this album would be considered a classic and be on our list. At this point, I'd probably put it in the lower half of the top 20 albums we've listen to so far.
Posted by Scott at 7:09 AM No comments: 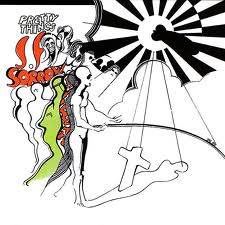 1968, like many other years in that musical decade, was a year of firsts. "S.F. Sorrow" by The Pretty Things is best known as the first rock opera, beating The Who's "Tommy" by a full six months. Would it make everybody's great albums lists if it wasn't? Is it actually any good? Let's see, shall we?

It's tempting to write about this album in the context of "Tommy." Both albums came out of the same general area and the same generational attitudes of breaking away from conventions in a somewhat oppressive culture shaped by post-war attitudes. It's an inevitable comparison, but not really fair, since "Tommy" did not yet exist on record when this one came out. I'll try to review it in its own terms, rather than how it compares to The Who's better-known classic. It won't always be easy though.

I like the orchestral psychedelia of the first song. It's musically interesting, and portends a tragic life when Sebastian F. Sorrow is born. Next is a song about love, that seems to lack love, then moves into another psychedelic gem. I can imagine my little Bradley cringing at brilliant lyrics like "Fly to the Moon on the curve of a spoon I turn upside-down," but I'm digging it. There's a bleak overtone to this album, but the music and lyrics are playful, even if far from cheerful.

Three songs in, the characters are not nearly as strongly portrayed as in "Tommy" (Doh! I compared them). The end of "She Says Good Morning" could have come from "Sgt. Pepper's," though. The influence there is obvious, as it is at other times on this record.Then It moves into "Private Sorrow," one of my favorites on the album. But with 13 cuts on the album (20 on our reissued version), I can't do a track-by-track without going really long. So let's stop that right now. There are many highlights on this album for me, including the huge percussion break of "Baron Saturday," the spaced-out use of the studio on "I See You," the swirling Beatlesque feel of "Trust," the almost modern alternative rock feel (especially on the verses) of "Old Man Going," And the mellow--even pretty--"Loneliest Person" that ends the album. I'll refrain from detailing the five bonus tracks for this review, because I want to stick to the original album, but I think they add to the album nicely. I especially like the sudden unexpected explosions of guitar and bass on the wonderfully schizophrenic bonus track "Defecting Grey."

Here's the thing. This album doesn't really work as an opera. It tells an interesting and dark story about S.F. trying to break out from a world that tries to keep him down and eventually descending into madness. It takes multiple close listens (and maybe some internet help) to really figure out the story. It is not a happy album. You don't get the feeling of freedom and success at the end like you do on "Tommy" (I did it again, didn't I?), but I think it's a very good album, much better than its US sales would indicate. Then again, it didn't see store shelves in the US until after Tommy came out, by which time it would seem like a pale imitation. (Ack! It's so hard not to review this in the context of "Tommy.") Its relative failure led to the demise of the band. Like so many classics, it is recognized now, but at the time, nobody knew quite what to do with it. That's what happens when you break down barriers.

It's not quite like anything that had ever been done before, and is full of great playing and unusual touches. It works for me. The songs are often melodic, inventive, and trippy (in a good way). It holds together well musically and lyrically as a good concept album should. I like it.

And, yes, it belongs on all of those classic album lists, in its own right.

This album really didn't do much for me. The psychedelic genre as a whole all blends together and sounds the same to me. It seems like the bands that went this route are all just imitating each other with their organs and sitars, but they just try to out-weird each other. But even the weird experimental stuff sounds familiar.

I wouldn't say that there were any songs on this album that I liked, but there also were none that I hated. To me, the music just went in and out of my head. I couldn't connect with it at all. I wouldn't say that I wasted 41 minutes of my life by listening to it because I honestly don't remember the time going by. Maybe the music hypnotized me and made me feel tripped out, or it's because it's 7:30am right now, but either way, I couldn't care less about what I just listened to, unfortunately. Sorry, Dad!
Posted by Scott at 6:34 AM No comments: 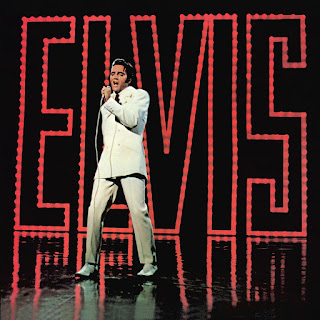 
This special mostly consisted of a bunch of medleys with some dialogue in between. He busts out some classics, like "Hound Dog" and "Jailhouse Rock", which are always fun to hear. When he's yelling and rocking out, it's pretty great, but overall, this was pretty hard to get all the way through in one sitting with all the ballads and gospel songs. Honestly, I don't know why this album is on this list.
Posted by Scott at 6:00 AM No comments: