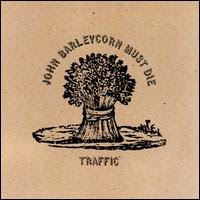 Although I prefer my Traffic to include Dave Mason, who had left the group prior to this record, "John Barleycorn Must Die" is a worthy entrant in our list.

Full of good, solid, jazz-infused, blues-based British rock, this was a big hit on both sides of the pond, doing somewhat better in America than Britain. It's not one of my favorites on our list, but it is very good, very listenable, with a definite classic rock feel.

This album started out as a solo project for Steve Winwood, but when he asked most of his former Traffic mates to join him, a Traffic reunion album was born. At times, I hear later seventies albums in this music. For example, parts of "Freedom Rider" remind me of Steely Dan. The song "John Barleycorn" really stands out on this album. It has a cool, folksy, almost Cat-Stevens-meets-Jethro-Tull-like treatment that is not like anything else on the record. Of the more typical songs, I think I like the closer, "Every Mother's Son," best.

"John Barleycorn Must Die" brings together rock, blues, jazz, and even British folk influences to create an intriguing sound and an interesting set of songs. The record is full of great jams, punctuated by Winwood's expressive voice. I have to admit that I'm not a huge fan of Winwood's voice, probably because of overexposure in the eighties, but it works with this kind of music. But then, Rolling Stone lists him as #33 in its list of the 100 greatest singers, so what do I know?

Over the years, this album has received reviews that are kind of all over the place. My final impression? Great musicianship, very good performances, and songs that are good enough. There are albums I like better on our list, but this one is worth pulling out once in a while. There's nothing I consider bad here, but also nothing that I find running through my head at unexpected times. I don't feel disappointed when it ends, either because of what I heard or because it's over. Like it. Don't love it. It needs Dave Mason.

It's pretty obvious that the book we're pulling all of these albums from is from the UK. There's a lot of UK artists making the list that I've never heard of, including this band called Traffic. Were they big here in the US? Beats me.

I really only liked half of the songs on this album. Namely, "Empty Pages", "Stranger To Himself", and "Every Mother's Son." Those were some cool, upbeat blues rock jams that I was really into. The other songs though, I just wasn't feeling them. It's an enjoyable record, but just doesn't really feel memorable or special to me.

It's a little confusing to me why this album made our list because I don't really feel like it's up to par with a lot of the other albums we've listened to. On the other hand though, it's much more enjoyable to listen to than a few of our past reviewed albums. I'll definitely go back to "Empty Pages" but I doubt I'll listen to much more again.
Posted by Scott at 6:44 PM